This is the story (16 minutes) of Nicholas of Myra, a 4th century Christian leader, who became "Saint Nick." Though Christmas lore is nearly all fictional, there is an historical core. (Nicolaus is the same name borne by one of the seven deacons in Acts 6 -- the only person by that name in 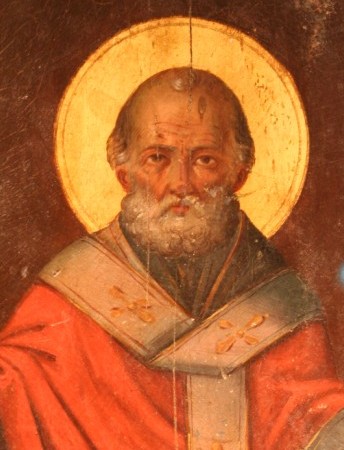 the Bible, although it is possible that the heretical Nicolaitans (Rev 2:6, 15) were trading on his name)

Nicholas was born in the late 3rd century (270-280?) in Patara  (See map.) Patara was in the region of Lycia (bottom left of map). Patara was opposite the island of Rhodes (look left). You're looking at a map of ancient Anatolia, or Asia Minor, which morphed into modern Turkey. Turkey is where much of the N.T. story takes place, from the missionary journeys of Paul to the Letters to the Seven Churches of Revelation. It was also the ancient home of the Old Testament Hittites. For Christians interested in history and archaeology, they'll be spoiled rotten when they visit Turkey.

Nicholas' parents were wealthy, and so he grew up in privilege, and as an only child. Yet both his parents died during an epidemic; young Nicholas was on his own. And rich. His uncle, who lived in Patara, and was in fact the overseer of the church there, took him under his wing. Apparently he struck everyone he met as an impressive and kind soul -- the ideal leader.

He matured, gave generously to the poor, and rose in leadership to become the principal leader in the town of Myra. Myra lay east of Patara, as you can see in the second map, and this is where he spent most of his life, and died (in 343), although it seems he was initially buried on an island near Rhodes. Yet there were to be decades of adventure, hardship, and spiritual growth before this great man of God passed on. Although he was small in stature (a 2005 study of his remains revealed that he was barely five feet tall, and had a broken nose), he was large in faith and impact.

Nicholas was imprisoned in the persecution of Diocletian. Once released, he spent several years in Israel, and a letter written in his own hand is claimed to be in the possession of the Greek Patriarchate of Jerusalem. He made his abode in a cave overlooking Bethlehem, in the company of several other holy men.

Also, probably 12 years after his release, he is said to have attended the Council of Nicaea (325). The city of Nicaea was southwest of Constantinople/Byzantium, the place where the first of the so-called Seven Ecumenical Councils took place. It appears on the next map. Nicholas, of course, is reputed to have sided with the orthodox, against Arius, another leader whose party held that Jesus was not eternally God, but became divine. The emperor, Constantine, who himself would be baptized in 12 years later, sided with the orthodox. 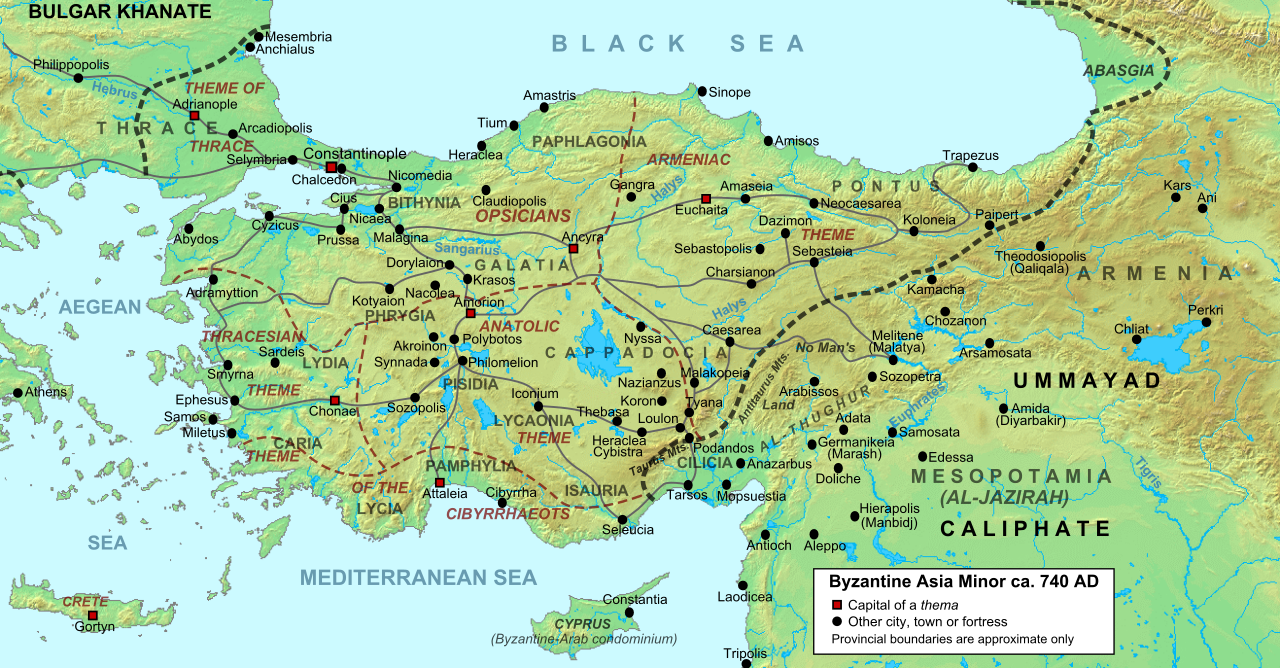 Nicholas was revered for his help to many persons, children and mariners especially. Not surprisingly, in the superstitious Middle Ages, the historical Nicholas was embellished:

"One legend tells how during a terrible famine, a malicious butcher lured three little children into his house, where he killed them, placing their remains in a barrel to cure, planning to sell them off as ham. Saint Nicholas, visiting the region to care for the hungry, not only saw through the butcher's horrific crime but also resurrected the three boys from the barrel by his prayer" (Adapted from Wikipedia). Here is the poem, which I have edited for grammar and condensed:

Three little children sought the plain / Gleaners of the golden grain / They lingered past the angel-song / And dewy shadows swept along / 'Mid the silence of the wood / The butcher's lonely cottage stood / "Butcher! lodge us for the night / Lodge us till the morning light."

"Enter in, ye children small / I can find a place for all” / The butcher seized a knife straitway / And did the little creatures slay / He put them in a tub of brine / In pieces small as they were swine

Scarce had the Saint his entrance made / He would the supper board was laid / "Will you have of ham a slice?” "I will not, for it is not nice!” / "Of this veal you'll take a bit?” / "No! I do not relish it” / "Give me of the little swine / For seven long years hath lain in brine!"

The butcher caught the words he said / And forthwith from the portal fled / "Butcher! butcher! do not flee / Repent and God will pardon thee!” / St. Nicholas the tub drew near / And lo! he placed three fingers there.

We now know who Nicholas of Myra was. I'd like to record many more podcasts on the lives of famous Christians, especially in the early centuries. This podcast is only the first in what I hope will be a long series.