Q&A 1496 – Miraculous knowledge in the numbers of the Qur’an?

Is there miraculous knowledge in the numbers of the Qur'an? I have heard it said, for example, that the word "day" turns up exactly 365 times in the Qur'an -- pretty impressive! What do you say?

Muslims believe the Qur'an is superior to all other revelations, replete with miraculous indicators of its divine inspiration. Its amazing mathematical "insights" are reputedly far beyond what could be expected among Arabians of the 7th century. Let's examine a few of the more common assertions -- all numerical "miracles" -- starting with the 365 day matter, to see whether they are really as impressive as claimed. 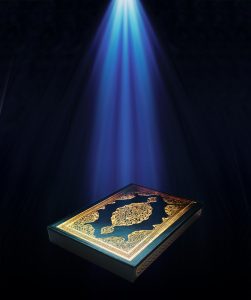 In the interest of fairness, I ought to mention that many Christians play similar games with the Bible. They believe the Bible contains secret codes, hidden messages, advanced scientific insight, etc. These games normally depend on a single version of the Bible (like the King James), and do not work for other translations. And they all have one thing in common.

It is important to interpret scripture according to a simple principle. A passage does not mean today something it never meant to its original readers / hearers. In the case of Islam, we need to make an effort to locate ourselves in the mental and spiritual world of 7th-century Arabia. When we do, we quickly realize it when someone is forcing scripture to say something it was never meant to convey. Let's be watchful for the human tendency to read into the text what we hope to find there -- to make it answer our questions, rather than to address the concerns of the original readers.

Finally, let me cite the wise words of the people at Answering Islam:

“A single phrase enables us to dismiss so-called mathematical codes and miracles of the Qur’an as fabricated and inconsistent false claims: arbitrary selection. The more we analyze these supposed mathematical miracles and the more questions we pose, the sooner we find out that Islamic propagandists have become crafty enough to evade consistency in their selection.

"They first detect numerical coincidences in the Islamic scripture, and then seek the ways of formulating them as miracles. In the process of fabrication or invention, the step of collecting some data is followed by the step of testing them in order to see how these coincidences or identical numbers could be brought together on a common ground. Unsurprisingly, this ground of concordance is also determined by these miracle inventors, who benefit from a wide range of possibilities and options." -- Source: Gambling with Numbers (Answering Islam).