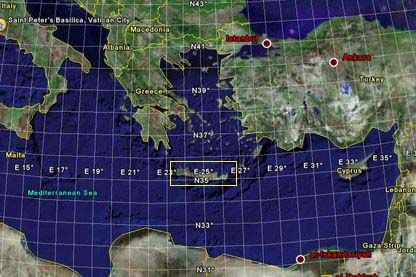 1 From Paul, servant of God, an apostle of Jesus Christ to bring those whom God has chosen to faith and to the knowledge of the truth that leads to true religion, 2 and to give them the hope of the eternal life that was promised so long ago by God. He does not lie 3 and so, in due time, he made known his message by a proclamation which was entrusted to me by the command of God our Saviour. 4 To Titus, true child of mine in the faith that we share. Grace and peace from God the Father and from Christ Jesus our Saviour.

5 The reason I left you behind in Crete was for you to organise everything that still had to be done and appoint elders in every town, in the way that I told you, 6 that is, each of them must be a man of irreproachable character, husband of one wife, and his children must be believers and not liable to be charged with disorderly conduct or insubordination.

7 The presiding elder has to be irreproachable since he is God's representative: never arrogant or hot-tempered, nor a heavy drinker or violent, nor avaricious; 8 but hospitable and a lover of goodness; sensible, upright, devout and self-controlled; 9 and he must have a firm grasp of the unchanging message of the tradition, so that he can be counted on both for giving encouragement in sound doctrine and for refuting those who argue against it.

10 And in fact there are many people who are insubordinate, who talk nonsense and try to make others believe it, particularly among those of the circumcision. 11 They must be silenced: people of this kind upset whole families, by teaching things that they ought not to, and doing it for the sake of sordid gain.

12 It was one of themselves, one of their own prophets, who said, 'Cretans were never anything but liars, dangerous animals, all greed and laziness'; 13 and that is a true statement. So be severe in correcting them, and make them sound in the faith 14 so that they stop taking notice of Jewish myths and the orders of people who turn away from the truth.

15 To those who are pure themselves, everything is pure; but to those who have been corrupted and lack faith, nothing can be pure -- the corruption is both in their minds and in their consciences. 16 They claim to know God but by their works they deny him; they are outrageously rebellious and quite untrustworthy for any good work.  Version: New Jerusalem Bible