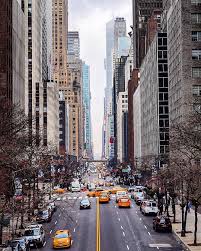 On September 11, 2001—a day Time magazine called the bloodiest day on American soil since the Civil War—two jumbo jets slammed into the World Trade Center towers in New York City, another crashed into the western section of the Pentagon, and a third was forced down in a field in Pennsylvania when the terrorist pilots were overwhelmed by courageous passengers.

To put the toll in perspective, in the Oklahoma City bombing in 1995, 168 people died. In New York City on 9/11, twice as many firefighters and policemen alone were crushed under 500,000 tons of cement and steel. On that other “day of infamy,” December 7, 1941, 2,335 servicemen lost their lives at Pearl Harbor. More victims than that—2,977—were buried beneath the rubble of the World Trade Center, the Pentagon, and that field in Pennsylvania.

Of course, this is old news. Here’s something you may not have known. Time magazine was wrong. September 11, 2001 was not the bloodiest day on American soil since the Civil War. In truth, the number of human lives crushed out on 9/11 is less, on average, than the number of children who have died every single day, day after day, for over 47 years through abortion right here on American soil.