Science or Faith: A False Choice

In your school days, maybe you loved science class, or perhaps you dreaded it (I hope not). I've been a science lover since childhood -- these were the early years of NASA. Men were "walking" in space. I had a Mercury space capsule for my G.I. Joe. We even drove down to Cape Kennedy, site of the rocket launches. I'll certainly never forget waking up in the middle of the night to watch men walk on the moon (20 July 1969).

Astrono­my was especially exciting -- all those planets, asteroids, comets, stars, and galaxies! I remember the day our teacher told us that light had a velocity. I raced home and asked my younger brother to turn on the flashlight. My aim: to beat the light beam in a foot race! On the first trial, I angrily accused him of switching on the flashlight before I was ready. The second time, I realize he was doing exactly what I requested. How was I to know that even if I multiplied my speed a million times, there would still be no hope of winning? (Velocity of eight-year-old: 15 km/hr. Velocity of light: 300,000 km/sec.) 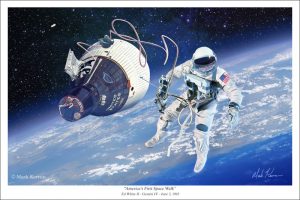 The mystique of science continues to mesmerize me. I sub­scribe to scientific publications, buy books on biology, paleontology, and archaeology, and rush to read the science section of the daily paper. (I even attend the occasional scientific conference.) I would like everyone to be enthusiastic about science and share in the thrill of new discoveries. This helps us to keep an open mind, and realize the greatness of the One behind all true science. Even now as I trav­el around the world, trying to convince skeptics and unbelievers about God and the Bible, I enjoy expounding on science and faith.

Extreme Prejudice—on the Side of Faith
Unfortunately, faith and science, in the thinking of many, do not exactly fit hand-in-glove. I suppose it’s not surprising that through the years a certain polarization has taken place. Nowhere is the debate hotter than in the Science vs. Creationism debate. This began to heating up within a few decades of Darwin’s The Origin of Species in 1859, and received further impetus during the ignoble Scopes “Monkey Trial” of 1925.

Many Christians (and their children) have been taught that they must choose between science and faith. The former is the province of atheism and secularism, the latter the only sure way to acquire true knowledge. The polarization is unhelpful, and even illogical -- given that the Bible itself points us to the observation of nature for knowledge of God (Ps 1; Ps 104; Rom 1).

Majoring in the minors
It was dur­ing my junior year of high school that my attention was grabbed by the Young Earth Creationists— persons who believe the only sane way to interpret Genesis is to allow for an earth no more than 6000-10,000 years old. Because these men spoke with conviction—and had lots of data—I came to accept their position lock, stock and barrel. So convinced was I that I happily debated nonbelievers, defending the Young Earth position. Yet I debated believers, too, for to me this was a matter of life and death. Cede one foot of ground at Genesis, I rea­soned, and the entire battle for the Bible has been lost!

I well remember an argument I had with a fifty-year-old believer. He was a professional scientist, and once I asked him if he accepted evolution.

It isn't necessary to recount the rest of our conversation, but suffice it to say that in my way of thinking, no one who disagreed with me over the creation-evolution issue was “right with God.” I cringe on remembering my presumption! The real point is not how much truth is on one side or the other, but that we err so grievously in making this an issue of Christian fellowship, or scriptural fidelity.

The real enemy
Don’t get me wrong. If one believes in atheistic evolution, thus denying the Creator-God of the Bible, a fundamental line has been crossed. Atheistic evolution is a metaphysical, not a physical, scientific theory. It is reasonable to believe that God works in the biological world through natural processes. How God brought life into existence -- whatever process he caused or allowed to occur -- is within the range of acceptable. He is God, after all. So whether God brought the world — or life — into being instantaneously or through a lengthy process is beside the point.

The How and the Why 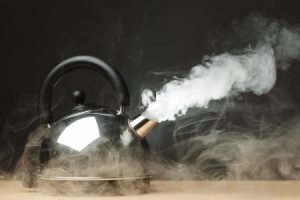 Keep in mind the distinction between the how and the why. Scripture typically speaks of ultimate reasons — the why, while science specializes in proximate reasons — the how.** To cite physicist John Polkinghorne's illustration, a kettle is boiling because burning gas raises the water temperature (how) -- but also because someone wants a cup of tea (why). The "scientific" explanation isn't at odds with the personal one. In fact, together they provide a more comprehensive understanding of what is going on.

Conclusion
Science should enhance our faith, causes us to ask questions, and help us to appreciate the answers when they come. Theology and science have something in common, for each seeks truth -- and all truth is God's truth. As Solomon noted, "It is the glory of God to conceal things, but the glory of kings is to search things out" (Prov 25:2). It is the denial of God that is the issue, not where one stands vis-à-vis modern science. Don't let anyone pressure you into making a false choice. It's not a case of science or faith, but science and faith.

** One minor correction (offered by a scientist friend):
In the field of animal behavior (my specialty), there is also the distinction between ultimate (why) and proximate (how) questions, but both are the realm of science. For example, How does a bird sing? may require an explanation of how the brain sends signals to the syrinx (sound-producing organ) to produce the behavior. But Why does a bird sing? may require an explanation of why it is adaptive for males to sing (singing males attract females and thus reproduce) and thus why the behavior evolved. So science deals with both proximate and ultimate questions, but Scripture deals with spiritual questions and provides supernatural or divine explanations, even for natural phenomena (e.g., lightning: Jer 51:16; rain: Matt 5:45; earthquakes: Nah 1:5, your lunch: Deut 8:10-18).