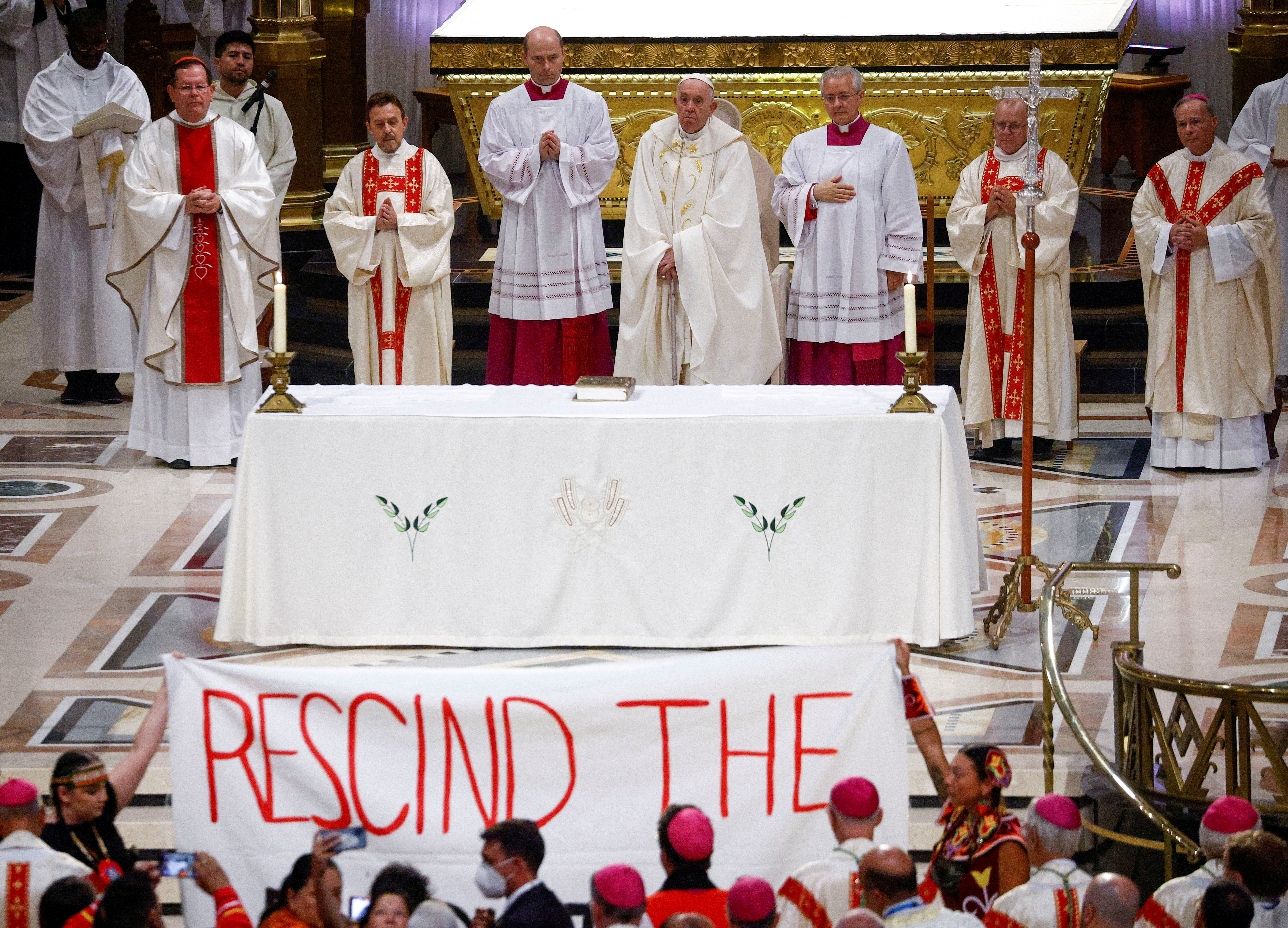 July 28 (Reuters) - Indigenous activists unfurled a banner demanding Pope Francis rescind 15th-century papal edicts justifying colonialism at a Mass he presided over Thursday, thrusting the doctrine to the forefront of his apology tour of Canada.

They stood near the front row facing the congregation as the pope was starting Mass in a cathedral outside Quebec City. Most of the people in the church were indigenous.