The last reflection in the series, "The Glory of the Lord" (23 mins), explores the final prophecies of Isaiah (chapter 66).

The Glory of the Lord

We've covered a lot of territory—66 chapters of the Word of God (5.5% of the entire Bible), rich in content, metaphor, and power. As we have experienced, the Bible isn’t mere literature. It’s essential reading, crucial information—God’s very Word. We now conclude our study. The first 4 verses and the last 5 of Isaiah 66 all focus on the Jerusalem temple. The middle section has a message for those who fear the Lord (vs.5-14), then another for those who rebel against it (vs.15-17).

66.1-2— Re: v.1: see 1 Kings 8; 2 Chron 6; and Acts 7:48. This oracle seems to attack those who put too much stock in the temple (the building). It’s a caution intended to silence the Zionists and help the faithful Judeans (Jews) keep the right perspective. 200 years earlier, Solomon asked, “But will God indeed dwell on the earth?” (1 Kings 8:27). The answer is yes! In some translations, the verb at the end of the first clause v.2 is rendered “esteem.” “Look on” (as in the ESV) is more accurate. The Greek LXX has: “the humble and quiet one trembling at my words.”

The description of v.2 may serve as a compact summary of the moral teaching of Isaiah: humility, contrite spirit, obedience. “Humility was demanded from the beginning in those vitriolic attacks on the arrogance of affluent Jerusalem with which the early chapters were filled (e.g. 2:12-19; 3:16; 5:11-12). The contrite spirit of those who acknowledge their failures and throw themselves on God’s mercy, is similarly called for in prophecies against hardness of heart and inveterate sin (e.g. 6:9-10; 30:1-5). Appeals for receptivity and obedience to the prophet’s words have taken up long sections of the Babylonian chapters (e.g. 41:1; 42:18; 44:1; 48:1; 49:1). Micah’s list [Mic 6:8] is different but closely related” (Sawyer, Isaiah Volume 2, 215). (“To do justly, and to love mercy, and to walk humbly with thy God” Mic 6:8 KJV.) This verse also fits nicely with 57:15.

Vs.3-6—Literally, v.3 translates to: “One slaughters an ox [bull], but one kills a man. One sacrifices a lamb, but strangles a dog. One brings a gift of grain, but another brings pig’s blood. One makes an incense offering, someone blessed an idol.” As Sawyer notes, these actions are, respectively: sinful, meaningless, unacceptable, and apostate (Isaiah, 401). Of course it is also possible that the apostate Jews were offering dogs, pigs, and whatever else they wanted, as well as committing idolatry and murder. The point is the same either way. The unfaithful Judeans have chosen to live life their way (v.3). Now the Lord makes a choice (v.4).

Those who use religion (the temple, the priests, the sacrifices, the system) for their own selfish ends are not acceptable to the Lord (v.3). Isaiah was commissioned to preach the message till the bitter end (Isa 6:11-13), even though overall his message would be rejected. This is no surprise, since the Jews were not listening to God (v.4)! They won't hear God's Word—but they will "hear" a noisy judgment (v.6).Those who tremble at Yahweh’s Word receive reassurance (vs.5-6).

Vs.7-17—Zion births her children in one day (vs.7-9)! These verses are not a prediction of the formation of the modern State of Israel in 1948. It’s a painful process, but the true children of Zion, the faithful remnant, will experience a sort of renaissance, a new birth—a new life. Yahweh promises peace and security (vs.10-14) for his faithful people in the holy city (v.12). Notice the feminine imagery for God: nurse (v.12) and mother (v.13). Starting in v.15 we read of judgment for all nations. Who are the ones to be slain? The idolaters (v.17).

Vs.18-21—Coming to Zion = coming to the temple. (The Heb. text of v.18 has suffered some corruption, as it reads “And I their deeds and their thoughts it has come” [!]. Translators have done their best to reconstruct it.) A remnant among the nations will hear YHWH’s name and see his glory (v.19). Is the “sign” (v.19) the Cross, as some have suggested? This seems anachronistic, since Jesus and the apostles never spoke of the Cross as any sort of sign or signal or standard. “Who draw the bow” (v.19) may imply the resistance or even violence those who take God’s message may meet. Nor is there any suggestion that the “natives” of these far-off lands can be saved merely by being “good people.” Rom 2:12-16 contradicts that notion. In v.20, people are streaming to Zion (2:3).

The “brothers” (v.20) seem to be the Gentiles, or possibly (but less likely, in my view) the Jews dispersed around the Mediterranean. Besides, Paul understood v.20 to mean that the Gentiles (nations) are a kind of “offering” (Rom 15:16). In other words, his ministry fulfilled these words. Tarshish, Put, Lud, Meshech, Tubal, and Javan are countries that can be located on a map, 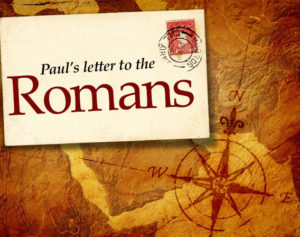 even though they may not be familiar to the modern reader. Jews periodically converged on Jerusalem from the diaspora (the dispersion that resulted from the exiles God used to discipline his people), including the nations referred to in Isaiah 66. Gentiles all over the Mediterranean were to have a chance to be included among God's holy people. At the time Paul wrote Romans, the gospel had been taken to all the lands Isaiah mentioned—except for one: Tarshish (Spain). Paul was willing to go to the ends of the earth (Acts 13:47; see 2:39). His action in doing so was necessary for the completion of the Gentile mission. Hence his zeal to visit Spain. This paragraph adapted from Q&A 0735 (Paul’s determination to visit Spain).

Motyer insightfully comments on v.21: “In 61:6, as result of the work of the Anointed One, Israel became a priestly people, fulfilling Exodus 19:6. The privilege is extended. Just as in Isaiah’s day only some Israelites were priests and Levites, but through them Israel was constituted as the Lord’s priestly people, so now he foresees Gentiles incorporated on equal terms, into equal privileges (Eph. 3:6)” (Motyer, Isaiah, 407).

Vs.22-24—New heavens and earth will remain (v.22). All is couched in language of Judaism (v.23). These “new moons” and “sabbaths” (v.23) are the opposite of those mentioned in 1:14 (Your New Moon feasts and your appointed festivals I hate with all my being. They have become a burden to me; I am weary of bearing them.) Those rescued, if they go out of the Holy City, are able to see the fate of those who reject God (v.24). The rebels are destroyed – idolaters, including unfaithful Judeans. Final image of destruction (see Mark 9:48). (The common notion of hell has long been one of infinite, nonstop torment. But here the Lord’s enemies are not conscious, but destroyed. And the emotion such a scene evokes is not pity, but disgust.)

Isaiah faithfully declared God’s message for decades. No doubt his words were sobering, soothing, and salvific for the faithful remnant. But sadly most of God’s people rejected them. There are direct parallels with the Christian church throughout most of its history, including our own time. In the end, because God is just humans should expect destruction as the end of the wicked, and a glorious future as the reward for the righteous.

Further study: Commentaries
I read a number of commentaries on Isaiah before producing this series, including those by Jim McGuiggan, J. Alec Motyer, John Sawyer, John Watts, and John Willis. But there are easily another 5 or 10 I would like to read—especially if I knew I would live into my 90s.

Further thoughts on justice: Serving the Poor
Just as disciples of Christ are called to spread the word—to seek and save the lost—so we are also called to seek and serve the poor. Both are part of what it means to follow Christ. Some Christians know this and in fact live such a life. But all too often the world dictates priorities; serving the poor becomes an afterthought. Or maybe it becomes something we “outsource.” That is, though willing to donate money to worthy causes, we are not personally involved with the poor. In the same way, some people in the first century preferred to donate “in the name of” their parents, rather than actually take care of them in their old age (Matt 15:3–6; Mark 7:5–13). How unlike Jesus this is. He interacted regularly with persons in all strata of society. In fact, he sought them out.

With this in mind, it is difficult to see how one can claim to be a disciple while ignoring the hundreds of verses that deal with meeting physical needs, being generous, resisting one’s own materialism, and helping the needy. Our mission as disciples is twofold: to preach the good news and to help the poor. Matthew 28 does not trump Matthew 25. The good news is more than just a formula about how to be saved. It is the message of the kingdom, including good news for the whole person. For God himself cares deeply about our “whole spirit, soul, and body” (1 Thess 5:23).

In the early church, it should be noted, assistance to the poor was normally rendered within the church family. The “least of these brothers and sisters of mine” in Matt 25:40 was usually interpreted to mean Christians, not outsiders (Gal 6:10). This is not to say it is wrong to help outsiders, but to suggest we strive to restore the New Testament emphasis. And when the church takes care of its own, the gospel is greatly enhanced; outsiders are attracted and will naturally want to be insiders. See also Acts 2:44–45, 4:32–37, 6:1–7.

Feel free to copy Serving the Poor and share it with your friends. And if you appreciated the Judgment & Justice series, please encourage your Christian brothers and sisters to become members of the website. Thank you!