Our tenth reflection (22 minutes) takes in most of Isaiah 10, 11, and 12. NOTE: Future lessons require website membership and login.

Background: Doom for Judah & Jerusalem, then for Israel. (Why both kingdoms? Because Isaiah preached in the final years leading up to the destruction of the northern kingdom, whereas the southern kingdom of Judah endured—even if only hanging by a thread—until the early 6th century. Jerusalem fell 135 years after Samaria.)

Vs.5-6, 12—After all the prophecies against Judah and Israel, now Assyria is targeted. The shift begins in v.5. “Assyria the rod of my anger” and “my fury”—Yahweh is at work through the dreaded Assyrians. The godless nation is Israel

Vs.7-11—Assyria is hungry for power and control. (Was there ever an empire that wasn’t?) From the Assyrian perspective, Israel is only one of many nations—and because its idolatry was less impressive than Assyria’s, Israel is less respectable than other lands. The boasts of the king of Assyria (vs.8-11) are partly true. (Note: these conquests were carried about by more than one king; the Assyrian monarchs merge into one, being addressed as a single entity.) Calno and Arpad (Northern Syria) fell in 738. Damascus fell next, then Samaria (the capital of the northern kingdom of Israel) in 722. Hamath on the Orontes fell in 720. The Hittite city of Carchemish on the northern frontier of Syria fell in 717. But Jerusalem was not to fall, despite Sennacherib’s attempt in 701 (see 37:34-35). And Jerusalem is full of idols—yet Yahweh will save her. Assyria contemplates taking Judah (and is nearly successful).

Vs.12-14—Assyria will be punished for its arrogance. Do we ever get confused about who deserves the credit, and who is to be commended (Deut 8:17)? If your genes are especially suited to make you a great athlete, or chess player, does that not give you a head start on other competitors? If you are dealt four aces, does that prove that you are more skillful than the other players? If a famous person asks you to go a favor for them, are you necessarily more important than the next fellow? 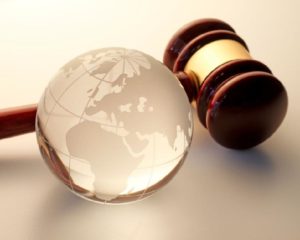 Vs.15-19—Assyria is only a tool. Is v.16 referring to the plague visited on the Assyrian army in 2 Kings 19:35 (the plague recorded in Isa 37:36)? Probably so. It's the end of the Neo-Assyrian Empire! The "holy fire" from Israel (really from YHWH) will consume Assyria, but the people of God will eventually be able start over. This passage advises us to look beyond the narratives recorded in history books:

“Isaiah offers a comment on his view of history and the relation between earthly power and sovereign power in the implied illustration of horse and rider in 37:29. In that relationship all the brute energy resides in the horse; all the direction, control and management is in the rider. They are one in enterprise but distinct in function. The powers of the earth fashion their policies, priorities and activities; the divine Rider appoints holy objectives, accomplishes holy judgments and visits holy retributions” (Motyer, Isaiah, 97).

Vs.20-24—"Remnant": We recall the children with special names: Pele’-yô‘ēts-’ēl-gibbôr-’Avî‘ad-Śar-shālôm (9:6) and Isaiah's three sons ‘Immānû-’ēl and Mahēr-shālāl-chāsh-baz and (now especially) She’ār-Yāshûv. Shear-Yashuv: A remnant shall return. Israel was like the sand of the sea (populous), but no longer, now few in number. Yet what is lost in quantity is, in some measure, made up for my quality. "Overflowing with righteousness" is much better being swept away by the overflowing Euphrates (Isa 8:8)!

Paul speaks of this remnant in Romans 10. (The apostle is part of this group). The judgment is definite (v.23). “Hope is still alive, if only for a remnant. But it must be postponed until the agenda of destruction for the kingdom of Israel is fulfilled. The Vision bluntly opposes misguided political or spiritual optimism that would mislead Israel or Judah about God’s intention” (Watts, Isaiah 1-33, 192).

Vs.25-34—Zion is to be spared (also v.32). Listed are the various towns the Assyrians will attack (vs.28-31). Nob is the priestly city on the Mount of Olives (1 Sam 21) with an overview of Jerusalem. The king of Assyria will proceed no farther! Assyria (formerly God's tool) will be chopped down by another tool (an axe). Assyria not coming back, but the case is different for Judah (11:1).

11:1-4—Jesse (v.1) was David’s father. The sort of continuity envisaged here at first appears to be political (monarchical), but on balance of all the scriptures in Isaiah, we realize it is speaking of the Messiah, whose kingdom is not of this world (John 18:36). The Spirit will rest on this one. See Isa 61:1 and Luke 4:18. Notice the emphasis on justice (v.4). The Lord will deal with oppressive powers and persons. The military oppression of one nation by another is in kind no different from what drives the powerful to exploit the poor.

Vs.5-9—Various images of peace. Now it’s not just Zion as God’s holy mountain—but the whole earth (v.9)! Things may look bleak, but the new Messianic age will come. Notice: the Spirit of YHWH (vs.1-2); the fear of YHWH (vs.2-3); and the knowledge of YHWH (v.9). “Verse 9 sums it all up in the two words translated ‘hurt’ and ‘destroy’: there will be no more ill-treatment or corruption in Zion. Nature conservancy and animal rights may be part of such a vision, but in a world where minorities are still persecuted, and nations still kill each another in war, they are surely not at the centre of it. It is the vision of a new world characterized by justice, righteousness and peace, a world ruled by an ideal king, the Messiah, son of David, and a world in which the people (not the animals) ‘shall be full of the knowledge of the Lord as the waters cover the sea'” (Sawyer, Isaiah Volume 1, 123).

Vs.10—This prophesies no particular king; this refers to the Messianic age (2:2-3). The Messiah will attract the attention of the entire world (John 12:32). We are led to agree with John Watts: “The tendency of the Vision is to lead readers to see that God’s purposes can be fulfilled in other ways than political and military authority and power” (Watts, Isaiah 1-33, 213).

Vs.11-16—There is a second extension of God’s hand—facilitating a return from the diaspora. It's a new Exodus—this time out of Mesopotamia, Egypt, and wherever else faithful Judeans may have been dispersed. Literal? Not geographical, but spiritual—a new beginning. John the Baptist speaks of this at the beginning of his ministry. (A people of God are saved through the water—many parallels!)

12:1-6—Israel’s response in two songs. Multiple connections with Psalms, Exodus, and other biblical books. We enter salvation as individuals, we enjoy salvation communally.

Next: God’s telephoto lens now moves from Assyria to the empire that will succeed them, Babylon. And later topics in the series (subscribers only): The Day of the Lord, Lucifer's fall from heaven (?), more prophecies of Jesus Christ, Isaiah's murder (sawn in two), and more...