Intoxicated (by the world)

Britain's first drunk driving arrest, according to History.com, took place in 1897, when a taxi driver slammed into a building at a speed of 25 mph. It's obviously a good thing there are laws against driving under the influence. But how much counts as "influence"?

In England as well as the U.S., the maximum blood alcohol content allowable for a motorist is 80mg of alcohol / 100ml of blood, or 0.08%. But up here in Scotland, the limit is 0.05%, which is why widely it's recommended not to drive even if you've had only one drink, since that could put you over the limit. If caught, penalties are automatic loss of license, a fine up to £5000 ($7000), a criminal record, and the possibility of a prison sentence. (In Sweden, where we used to live, the limit is a strict 0.02%!) 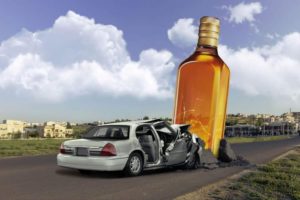 Alcohol impacts perception and reaction time. It affects balance, inhibition, and decision making. But what about spiritual perception? Even if we don't drink, most of us are influenced by the worldly intoxicants of materialism, lust, and self-absorption. These forces are often powerfully promoted through Hollywood, Wall Street, and Madison Avenue (film, finance, advertising). Worldliness is also transmitted through schools and universities, the workplace, worldly individuals, and even churches. Furthermore, on account of the enormous success of science and technology, the comfortable lifestyle enjoyed in so many nations, and the sense of security afforded by a powerful military, many feel no need for God. There is a lamentable lack of gratitude to the God who makes these things possible. We are falsely led to trust in the arm of flesh (2 Chronicles 32:8; Psalm 20:7). And so the illusion of self-sufficiency is constantly reinforced.

Be very careful, then, how you live—not as unwise but as wise, making the most of every opportunity, because the days are evil. Therefore do not be foolish, but understand what the Lord’s will is. Do not get drunk on wine, which leads to debauchery. Instead, be filled with the Spirit (Eph 5:15-18).

Are we making time for the Lord and his Word, or is the world crowding in, rewiring our thinking, and erasing the distinctiveness of Christlikeness in our lives? Do we spend more time online than in the Word? Do we have one eye on the "legal limit," while drinking in deep draughts of the world? Are we aiming for the minimum level of holiness in our lives, or are we striving to be like him (Heb 12:14; Matt 5:48)?

Is it really surprising that the church of Jesus Christ often resembles the world, emulates worldly institutions, and is easily swayed by popular currents and sentiments? Instead of being a light to the world (Matt 5:14; Phil 2:15)? Think about these things.