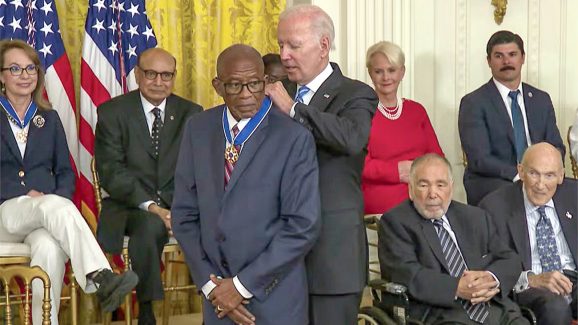 (Fred Gray is an elder in the Church of Christ)

Fred Gray was meeting with the Alabama State Bar Association at a retreat in Destin, Fla., when his phone rang.

The famed civil rights attorney, still practicing law at age 91, answered. It was his son.

“He told me that he had somebody on the phone who wanted to talk with me,” Gray said. “Believe it or not, it was the president.”

Days later, Gray stood in the East Room of the White House as President Joe Biden placed a star-shaped medallion, surrounded by tiny eagles, around his neck.

Additionally, watch this interview between Douglas and Fred Gray.