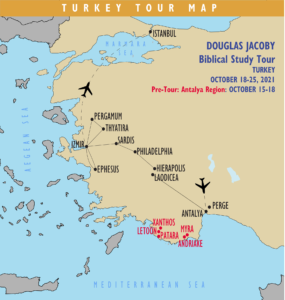 Oct 15 Fri—Arrive Antalya Airport. Meet and transfer to the hotel for dinner and overnight.