In Marriage, Divorce and Remarriage: Seen Through the Character of God and the Mind of Jesus, Jerry Jones — a longtime minister for Churches of Christ and cofounder with his wife, Lynn, of Marriage Matters — carefully works through the relevant biblical texts with an obvious commitment to objectivity and shows us his research.

He points out the problems of some of the traditional ways of reading the texts. He also suggests an alternative paradigm through which to view the subject — reading the New Testament through the eyes and heart of God and Christ. 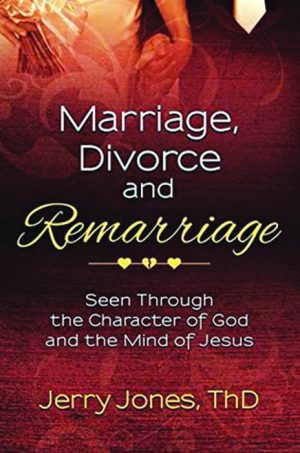 Jerry Jones. Marriage, Divorce and Remarriage: Seen Through the Character of God and the Mind of Jesus. Joplin, MO: College Press, 2016. 251 pages.

The comparative study of the Gospel texts is thorough — at times exhaustive — with multiple references to Old Testament backgrounds. Jones takes into account historical, cultural, linguistic and grammatical factors.

One could wish for more detail in the brief conclusion, but Jones has cast enough doubt on the traditional understandings of 1 Corinthians 7 and the Gospel texts to cause the reader to want to seek an alternative.