The kingdom of Swaziland is one of the world's last remaining absolute monarchies. Situated between Mozambique and South Africa, it is a land of 1.2 million people where 97% are of African descent, 3% European. Its populace is virtually homogenous as most Africans are of the same tribe. Its capital is Mbabane and its citizens speak two major languages: Swazi and English.

The nation received its independence from the United Kingdom in 1968 as a constitutional monarchy but five years later, King Sobhuza II who had succeeded to the throne in 1921, repealed the constitution and banned political parties. His son, King Mswati III, has been reigning since 1986 in many ways like his father, resisting calls for greater democracy and limits to the king's power. Amid its democratic neighbors who have implemented changes peacefully Swaziland "has been described as an island of dictatorship in a sea of democracy". (BBC 2012)

Currently the financial condition of Swaziland is in shambles, running out of cash for salaries, health care and fuel. The assessment of the International Monetary Fund (IMF), which had sent a team to Swaziland in May 2012, was that Swaziland "faces a serious liquidity crisis, and needs to curb expenditure". Analysts attribute the crisis to the reckless spending on the royal family of 13 wives, unbudgeted wage increases, and reduction of income because of the global economic crisis.

The nation also faces the dire humanitarian crisis brought about by HIV/Aids -- a generation of orphans and a breakdown in the extended family system where "fifteen year olds are responsible for homes". Sadly, Swaziland has recently surpassed Botswana as the country with the world's highest known HIV/AIDS prevalence rate.

Please pray for the leaders and the people of Swaziland today. 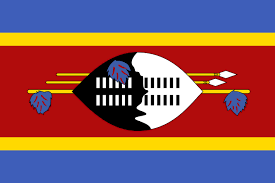