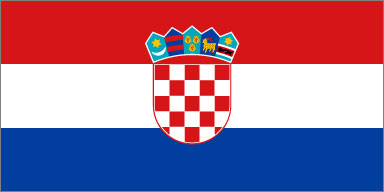 This nation of 4 million, one of the states newly created in the disintegration of Yugoslavia, is officially 94.4% Christian (Operation World). And yet despite its claim to Christianity, one of the biggest challenges is hatred (or, to put it more positively, forgiveness), as Serbs, Bosnians, and Croats fought one another in the 1990s.

The economy is in shambles and unemployment is 19%.

I spend a couple of days in Zagreb, the capital, in December 2003, returning in October 2008. What an amazing nation!  Please remember this land in your prayers.

This article is copyrighted and is for private use and study only. © 2003. Reprints or public distribution is prohibited without the express consent of Douglas Jacoby.