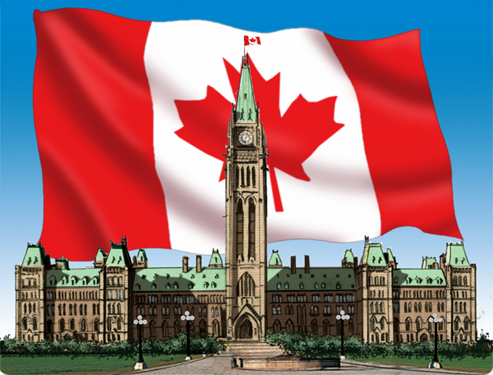 The world's second largest country covers nearly 10 million square km. Population 33 million. There is a wide diversity of mountains, prairie grasslands and forests but much is sparsely populated wilderness and arctic tundra; approximately 90% of the population is concentrated within 160 km of the US border.

Canada became independent in 1867 while retaining ties to the British crown. Over one fifth of the nation is French (mainly in Quebec); national unity is threatened due to increasing polarization between Quebec and the other, Anglophone, provinces (Operation World). The nation is divided into 10 provinces and 3 territories. Capital: Ottawa (1m). Other major cities: Toronto (5m), Montreal (3m), and Vancouver (2m -- all figures approximate. Toronto claims to be the world's most racially diverse city. Vancouver is the world's second-largest Sikh city. (OW) Per person income in Canada is 62% of the US level.

The government has finally admitted the dismal failure of its policies towards indigenous peoples in the last 150 years. Possibly as much as 20% of the country's land area is gradually being restored to Canada's indigenous peoples. The hundreds of thousands of native Canadian Indians living outside reservations are neglected and spiritually needy, especially in the cities, where poverty and substance abuse continues to afflict them

Canada enjoys freedom of religion, but rapid secularization and pluralization are taking place at every level of society. Currently more than 75% of Canadians identify themselves as Christian while almost 20% claim to be "non-religious".

My latest teaching trip to Canada was in June 2011 (Toronto).

Please pray for Canada today: for revival in its cities, for outreach into all its provinces and territories, and for spiritual quickening for a secular culture.